USA Today bestselling author Tiffany Reisz returns to the world of The Red with an imaginative sequel full of lust and magic, and the dangers unleashed when the two are combined… 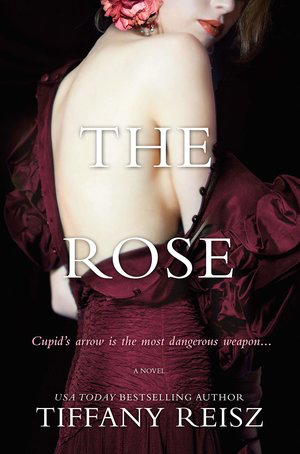 Author Tiffany Reisz returns to the world of The Red with an imaginative sequel full of lust and magic, and the dangers unleashed when the two are combined…

Realizing the true power of this ancient and dangerous relic, Lia is even more wary of giving it up, though August insists it is only safe with him. He’s willing to pay the full value of the cup, but Lia has another type of trade in mind. One that finds them more tangled up in each other—and in fantasy—than either was prepared for.

Buy the eBook, Paperback, or Audiobook

The Rose by Tiffany Reisz
My rating: 4 of 5 stars

Born in Owensboro, Kentucky, Tiffany graduated from Centre College with a B.A. in English. She began her writing career while a student at Wilmore, Kentucky’s Asbury Theological Seminary. After leaving seminary to focus on her fiction, she wrote The Siren, which has sold more than half a million copies worldwide.

Tiffany also writes mainstream women’s suspense fiction, including The Bourbon Thief(winner of the RT Book Reviews Seal of Excellence Award) and the RITA®-nominated The Night Mark.

Tiffany lives in Lexington, Kentucky with her husband, author Andrew Shaffer, and two cats. The cats are not writers.