The Dirty Truth Series by Piper Rayne has an all-new, sexy look! 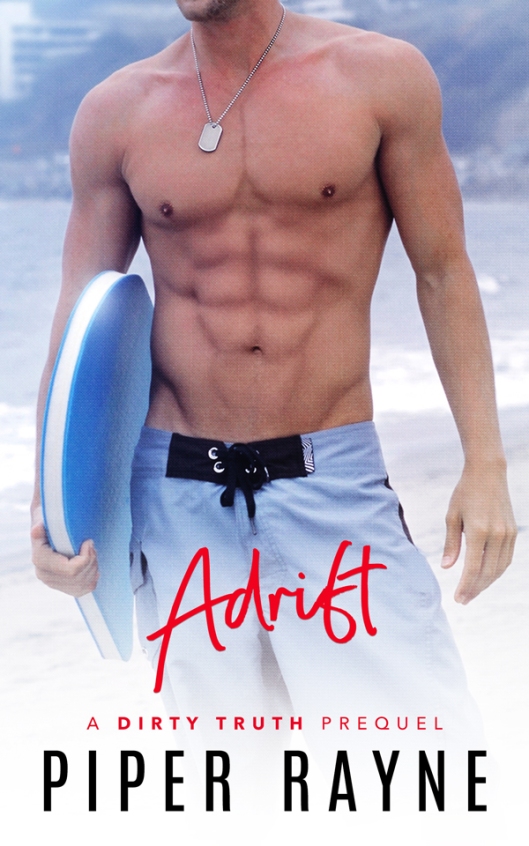 Start the Series for FREE with Adrift, an all-new prequel!

Meet the men from the Dirty Truth series as they navigate life in Hollywood.

From Vance arriving in Los Angeles to begin his new life after college, Leo’s foray into doggie clothing design, and Jagger revisiting a past he’d rather leave behind.

Get a feel for each of the alphas in this series whether it’s the sexy guy, the sweet one, or the ladies man.

Note to readers: This is a prequel for the Dirty Truth series (The Manny, Doggie Style, Chore Play) and does not have to be read in order to enjoy the series. If you’re the type of reader who enjoys going into a story blind, read this after you enjoy the three books in the series.

She needed a nanny.

I needed a lead actress.

Somehow I became The Manny.

Secrets and lies are a killer way to start any partnership—especially a horizontal one.

Now, I’m a glass half full kinda of guy, so, after the ‘you’re fired’ speech was directed at me, I figure now’s the time to be the screenwriter I came to sunny California to be. Unfortunately, there are about as many people trying to sell a script in L.A. as there are vegans in the pacific northwest.

But lucky for me, a few weeks ago my agent found an investor for my script. Hooray, all my problems are solved! NOT.

Because the investor will only agree to fund my film if I use one specific actress. And that one specific actress? Well of course, it just has to be the same actress I screwed over only months before. But she doesn’t need to know about that one tiny detail, does she? All that matters is getting her to agree to do the film and I’ll do whatever it takes. We can leave the past, in the past, right?

I thought my charm would win her over. Never would I have been prepared for the terms she laid out on the table.

Rumors never bothered me. If people want to guess at my sexuality because I design dog clothes for a living—let them. I know the truth.

I’m a red-blooded heterosexual male and just because I don’t have my tongue hanging out of my mouth around every female like my dog Cooper, doesn’t mean I don’t appreciate the female form.

Now with Teegan Lowery in my life I’m suddenly panting right next to Cooper, hoping for a taste.

I hired her for her stellar PR skills, but she’s slowly weaseling her way into a spot I’ve kept a NO VACANCY sign on for years. Everything about Teegan screams unavailable. The last thing I need is another dramatic, high maintenance woman in my life. Believe me, been there and done that.

But the sexual tension between us is like a game of tug-of-war and neither of us wants to lose.

Turns out, we both love doggie style.

People like to see the womanizing jerk fall…the one who takes the number, but never calls? The guy who beds and never weds? Everyone wants to see that guy fall in love, right?

Pfft. Sounds like a script straight out of one of the box office movies my clients make.

Get your head out of the clouds because in real life the arrogant player doesn’t fall head over heels for the feisty brunette.

Unless the feisty brunette met him years before he’d perfected his cool demeanor. Unless she carved a spot out of his heart that never fully healed.

Our first meeting kick started my heart. Fourteen years later, our reunion was less heart and more kick. Turns out Quinn is just as hot and bothered to see me as I am her and I have the head injury to prove it. 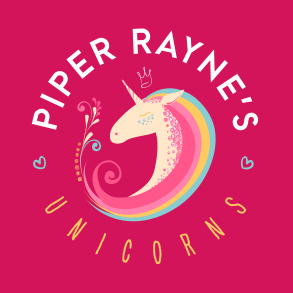 Piper Rayne, or Piper and Rayne, whichever you prefer because we’re not one author, we’re two. Yep, you get two USA Today Bestselling authors for the price of one. Our goal is to bring you romance stories that have “Heartwarming Humor With a Side of Sizzle” (okay…you caught us, that’s our tagline). A little about us… We both have kindle’s full of one-clickable books. We’re both married to husbands who drive us to drink. We’re both chauffeurs to our kids. Most of all, we love hot heroes and quirky heroines that make us laugh, and we hope you do, too.